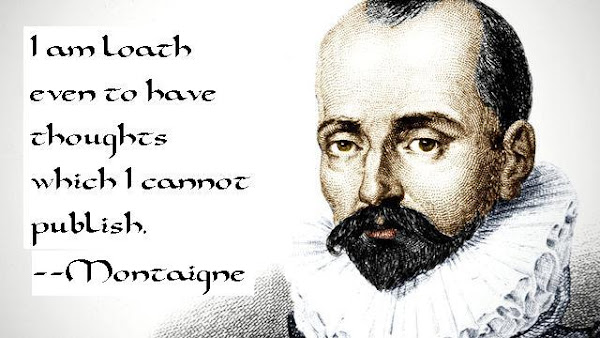 Mao: The Unknown Story by Jung Chang and Jon Halliday

"Communism aimed to objectify everything and everybody. Its fundamental premise was materialism. Human beings are--meat. Animated for a time, perhaps, but essentially no more than a sachetto of chemicals. Instruments. Means. The "dialectical" part of "dialectical materialism" belonged to a dynamic class position of "the proletariat". The "materialist" part belonged to the people. The individual should_expect_ to be expended, sacrificed, used up, like a thing. [...]

"It is well known that belief in God can lead to torture, as in the awful scrutinies of heresy tribunals. It is less well known that atheism of a particular kind also leads to torture. The two routes to torture are quite different. The temptation of believers comes from moral arrogance or its mirror image, as in the case of Dostoevsky’s Grand Inquisitor, who was moved to torture by "pity," a foolish belief that most people are not as wise as he, so that it was his "duty" to keep them from liberty. This route begins in moral debility. With atheists of the Communist kind it is quite different. Here torture flows from its fundamental premises about the human being. No human has any worth apart from contributing to the Cause—to the Dialectic, to the triumph of the Party (the Vanguard of History, the Custodian of human fate). If a man will not contribute willingly to History or (it comes to the same thing) the Collective Will of the Party, he is without value and may be disposed of—indeed, is a threat to the Party, and should be disposed of."

This passage occurred to me while reading the reviews of Jung Chang and Jon Halliday's new biography Mao: The Unknown Story. In terms of numbers of victims done in, Mao is history's all-time champion villain. Like Stalin, he was able to gain control over a large, inaccessible country, impose an inhumanly destructive and durable ideology on its governance, and stay in power until the natural end of his very long life. And like Stalin, Mao's professed and practiced ideology was, tacitly or openly, approved by influential Western intellectuals, in a way which Hitler's atavistic racism was not. He was not overthrown by invading armies, as was the Third Reich, and he never stained his "honor" in the eyes of Western leftists, as Stalin temporarily did with the Nazi-Soviet Non-aggression Pact of 1939.

So why do some reviewers of the current book feel obliged to stick up for him? Nicolas Kristoff in the New York Times Book Review grants most of Chang and Halliday's charges, but ends with a complaint that all the positive accomplishments of Mao's regime were not presented. Complaint rejected. Accomplishing land reform and women's rights in China did not require the worst democide in history. I mean, does anyone serious think that the construction of Germany's excellent Autobahn required the deaths of 12 million in concentration camps? Armavirumque at The New Criterion has more, hotter and stronger than I'm inclined to dish out.

Or take the reaction of National Public Radio. Neal Conan did an excellent job interviewing both authors (both former Maoists), but some of his listeners weren't happy having their balloons punctured.

Clicking around the print reviews available online, though, I see that there are some that take legitimate issue with assertions of fact in the book. I've no opinion nor argument along those lines here; I'm not qualified. But the discomfort some reviewers exhibit reminds me of the reception Robert Conquest's The Great Terror received, particularly from The New Republic's Malcolm Cowley. Cowley complained that Conquest's death tally in the millions was "rather large and loose". He did not live to see uninformed Russian writers attacking Conquest for low-balling the estimates. It may be so with Mao and China, some day.

So, will Mao's mummy be removed from its altar anytime soon? Who knows. China is not a simple country. I liked what Michael Ledeen once said over at The American Enterprise, that China is a civilization masquerading as a nation-state. Maybe the threadbare but still enduring veneration of Mao is an example of an aphorism by Jean Rostand:

Posted by The Sanity Inspector at Tuesday, October 25, 2005